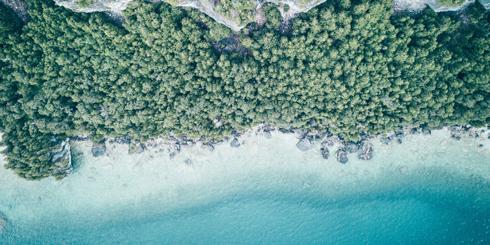 Justice, Peace & Integrity of Creation (JPIC) links the Gospel to living justly, respecting ecological systems and growing a Culture of Peace. JPIC was coined by the World Council of Churches and adopted by Columban Missionaries around the world in 1976. It stands by the belief that God loves the world, all the people in it, and calls us to be joyful.

The Missionary Society of St Columban's concerns for issues of justice, peace and the integrity of creation is derived from our commitment to working in solidarity with the poor and our care and respect for all of creation. The Columban JPIC team for the region of Oceania, including Coordinators and their staff, serve by engaging in key leadership positions which influence vision and decision-making, affirm and animate local participation in JPIC, and invite people to participate in mission with Columban Missionaries via JPIC programs.

JPIC as faith in action invites us to work in communion both within the Society and the wider world through our partnerships with other faith-based and civil society groups. Our way of mission is through dialogue.

Here in Aotearoa/New Zealand, the JPIC coordinator is a member of the Ecology, Justice and Peace (EJP) Commission for the Archdiocese of Wellington. The purpose of this Commission is to “build bicultural relationships and promote the Treaty of Waitangi…; go forth and reach out to the wider community to address the needs of people on the peripheries of society and Church; scrutinise the signs of the times and to interpret them in the light of the Gospel, in order to be a prophetic voice on issues of injustice; foster and promote the social teaching of the Church with particular emphasis on understanding and promotion of an integral ecology.” He is also a member of the Association of New Zealand Religious Against Human Trafficking (ANZRATH) which brings attention to the reality of human trafficking in New Zealand.

In the 1970-90s, Columban JPIC international priorities included facing the evil structures of military dictatorships; the crippling national debt of developing countries; and the fallacy that genetically modified food crops would feed the world (GMOs). The current priorities for Columban JPIC have expanded to include campaigning for just international trade agreements; promoting spirituality that respects ecological systems; opposing the slavery of many people forced into migration; growing reconciliation and arms reduction as ways of peace; and campaigning on climate change to preserve human life and natural systems for now and future generations.

The light of faith guides all Columban JPIC work. The direct experience of Columban Missionaries around the world offers unique perspectives. Each of them values the Cardign work method of 'See-Judge-Act' for their involvement (Columbans and the Cardign Method, 2010). We draw on The Compendium of the Social Doctrine of the Church (2004) and Pope Francis' recent Encyclical on the Environment, Laudato Si. We value many faith-based writers.