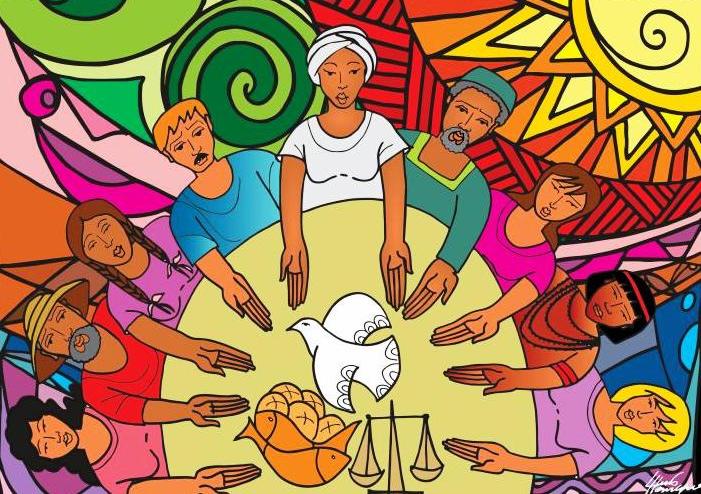 The Catholic Church has, over the last 100 years, undergone a complex shift in its population distribution, and consequently its institutional identity and place in the world. This shift, largely driven by the institution’s response to mission and its understanding of Jesus’ command to “go and make disciples of all nations, baptizing them in the name of the Father and of the Son and of the Holy Spirit” (Matt 28:19), has created a Church which is not only young, culturally diverse, and dynamic, but also far from the traditional centres of imperial power and finance.

These complex and dramatic population shifts are one important key to understanding Pope Francis’ call to synodality, a process which is both as old as the Tradition (Acts 3, 10,15) and as new as the ecclesial reality of our day. Indeed, understanding these shifts will help, “[k]eep us from becoming a ‘museum church,’ beautiful but mute, with much past and little future.” (Pope Francis, 10 October 2021)

Quantifying the Disciples of all nations

In percentage terms, the global Catholic population has, over the last 100 years, remained at about 17% (about 1 in every six) of the world’s population. These numbers easily support the claim that the Church is the single oldest and largest institution in the world. A reality which Peter and his companions could not possibly have imagined when they first tentatively walked down the stairs on that first Pentecost Sunday. (Acts 2)

Nevertheless, behind these percentages lies a remarkable phenomenon: namely, the dramatic shift in the geographical distribution of the Catholic population: waning in Europe but exploding throughout sub-Saharan Africa and Southeast Asia. For example: the Philippines is now the third largest national Catholic population in the world and there are more Christians (Catholic and Protestant) attending church on Sunday in China than in the whole of Europe (BBC, 2011).[1]

In 1910, 65% of all Catholics lived in Europe. Currently, Europeans account for less than 24% of believers worldwide. Today, nearly 70% of Catholics live in what is often called the Global South and of those, approximately 60% live on two continents south of the equator. Sub Saharan Africa now has the world’s third largest Catholic population (21%), after Central and Latin America (39%) and Europe (24%). In contrast, the geographically vast, ethnically and linguistically diverse region of Oceania represents less than 1% of the global Catholic population.

Many commentators rightly draw attention to the dramatic increase in Korean Catholics, but the African story is even more impressive. By some estimates, the number of believers in sub-Saharan Africa have grown by 6,000% in the last 100 years! In the year 2018-2019, for example, the number of Catholics in Africa increased by 8.3 million people. Currently, more than 170 million (about one-in-five, 21%) sub-Saharan Africans are Catholic – a figure which is projected to double by 2050.[2] As an interesting footnote, the Democratic Republic of Congo, with an estimated 31 million believers (47.3% of its total population) edges out Pope Francis’ home country, Argentina, in being the 10th largest Catholic population in the world.

In launching the Synod process, Pope Francis emphasised that “there is no need to create another church, but to create a different church." (10 October 2021) Indeed, that different church is already reflected in the population shifts which have emerged because of missionary activity over the last 100 years. Not only contrary to the pessimists and generally outside the vision of the traditional hierarchical structure which tends to be fixated with issues surfacing in the traditional centre (Europe and latterly, North America), our Church, as an organization, is not only very big but vibrant, culturally diverse, and successful as well. Just imagine, for example, if Bishops’ conferences around the world were actively leading their flocks to live and act in solidarity with their brothers and sisters living on small Pacific Islands who are increasingly vulnerable to an unrelenting rise in sea levels.

It is no accident that the first pope from the Southern Hemisphere holds different agendas from some of his predecessors. Francis invites the Church to listen to, not lecture, those on the periphery and reach out to the poor and marginalized. Francis calls this listening the “art of encounter”, a process ultimately guided by the Holy Spirit. In its original Greek, the word, synod, means “walking together”. Savouring the vibrant diversity of the people of God is a crucial part of not only that encounter. Knowing who we are walking beside is an important part of renewing our ecclesial vision and sense of mission.

This article is a modified translation of an article by Fr Patrick McMullan - Korea, which will be published in the Korean edition of "Columban Mission" (September 2022).