On May 7, 1945, Germany formally surrendered to the allies at Reims in France.

The surrender came into effect on the following day.

Since then May 8 has been celebrated as VE (Victory in Europe) Day.

The brutality of war and what happened in Nazi concentration camps left millions of people dead, many more seriously injured and many others severely traumatised.

Europe faced a long rebuilding process but the announcement that the war was over after almost 6 years sparked sheer joy and relief.

many people believed that WWI was the war to end all wars.

That was not so and we had WWII. Now we find ourselves in a situation where world leaders are trying to avoid the war in Ukraine from escalating into WWIII.

We pray for peace and an end to all wars. 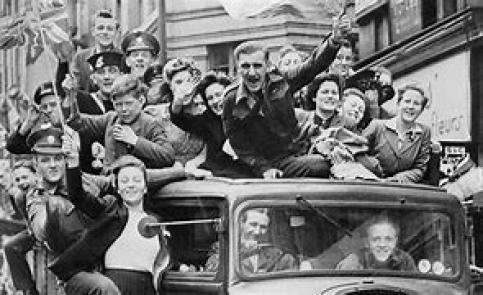 Celebrations sparked by the announcement that the war in Europe was over.