In 1979 there was a military coup in Korea and martial law was declared by its leader Chun Doo Hwan. It was extended nationwide on May 17, 1980.

On May 18, students protesting against martial law in the city of Gwangju were set up by troops and a deaf man was killed.

More students joined the protests in the days that followed as did others in the city.

Many were beaten, arrested and some were killed by the assault troops sent in to put down what the government called a riot.

The protests continued until May 27 when it was finally supressed.

a number of our Columban confreres in Gwangju witnessed the uprising and its suppression.

We ask that people who are drawing attention to deep issues in society will be allowed to protest peacefully.

We ask that they resist the temptation to respond to violence with violence.

We pray for students who often find themselves at the forefront of movements for change that their energy, passion and courage will achieve positive results. 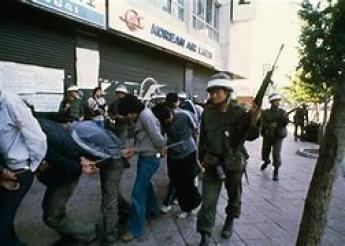