Viktor Orban was first elected Prime Minister of Hungary on this day in 1998 and served until 2002.

He was elected again in 2010 and in April 2022 clinched a fourth consecutive term in power.

Hungary is a member of the EU and NATO yet he touted his election victory as a rebuke of liberalism, the European Union and Ukraine's President Volodymyr Zelensky.

This together with an authoritarian style of government and his close relations with Russian must be a headache for the EU and NATO.

Hungary is one of a number of countries in our world that has established an authoritarian style of government.

There is growing control over the Press and the Judiciary and strong limitations on any form of opposition.

We ask that what appeals to people about this form of rule might be tempered by a sense of what is being lost and what may be very difficult to restore. 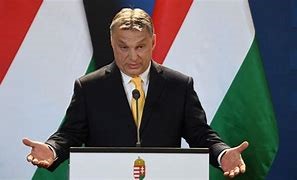