The assassination of the Archduke of Austria, Franz Ferdinand and his wife Sophia in Sarajevo, on June 28, 1914, set off a chain of events that lead to the start of WWI.  The assassin – Gavrilo Princip – was a member of a Bosnian Serb nationalist group.

Austria-Hungary declared war on Serbia on 28 July. This triggered various military mobilisations prompted by Europe's system of alliances. Russia and France were soon at war with Germany and Austria-Hungary. When German forces invaded Belgium, Britain declared war on Germany on 4 August 1914.

we are experiencing how the war in Ukraine has triggered a chain of events that is impacting the rest of the world.

We ask that awareness of this will encourage nations to do all that they can to avoid these trigger situations.

We pray for all who are suffering because of Russia’s invasion of Ukraine.

We ask that the war may end and that a healing process may begin. 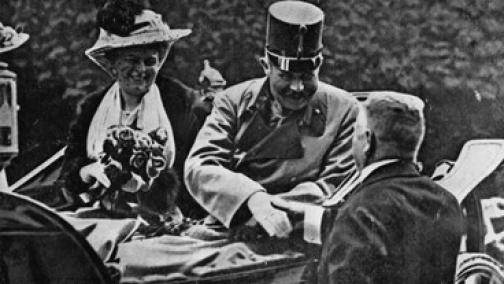