The Charter of the United Nations was signed on 26 June 1945, in San Francisco. It came into force on 24 October 1945.  The UN Charter is an international treaty and a such is an instrument of international law.

We pray for the work of the United Nations and its various agencies.

On this international day to remember victims of torture we ask that member countries will abide by the agreements they have signed up to and work together for the common good of the world.

When so many people are struggling with war, disease and poverty as well as the impact of climate change, we ask that cooperation rather than disagreement will be characteristic of the UN. 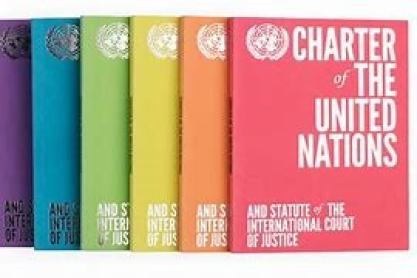