In 2016 on this day a ceasefire agreement was signed between the Government of Columbia and FARC rebels.

The formal cessation of hostilities between the two main combatants and the Farc’s acceptance of disarmament are key steps towards resolving a low-intensity war that lasted for 50 years and has caused more than 250,000 deaths as well as the displacement of more than 6 million people.

we pray for the people of Columbia who have endured so many years of conflict and struggle.

We pray for those who have been displaced and especially for the ones who have come to New Zealand.

We ask your blessing on the work of Fr. Don Hornsey who serves not just the Columbian community in this area but also other Spanish and Portuguese speaking people. 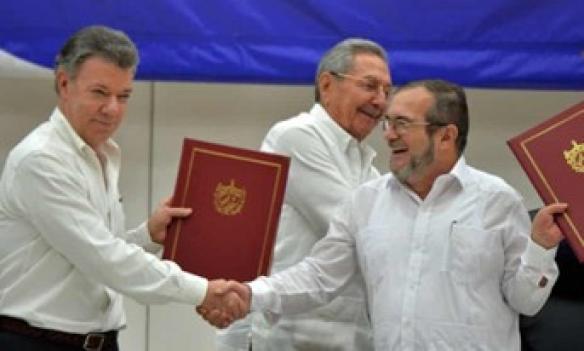