The Council of Ephesus, the 3rd Ecumenical Council, began its first session on June 22 in 431.

Nestorius had urged the calling of a council to resolve a dispute with Cyril of Alexandria about the identity of Christ. Nestorius held that the human and divine in Jesus were separate and so it was acceptable to called Mary the Christ bearer but not God bearer.

The council, however, went against Nestorius and acknowledged Mary as Theokolos (Mother of God).  It also reaffirmed the Nicene Creed

these disputes in the early church were taken with great seriousness and often lead to division and discord.

We ask the continued guidance of the Holy Spirit so that we can be faithful to what our tradition has come to understand and believe about Christ.

In a world where many struggle to believe in you, we ask that the seeds of faith be planted in their hearts, take root and grow. 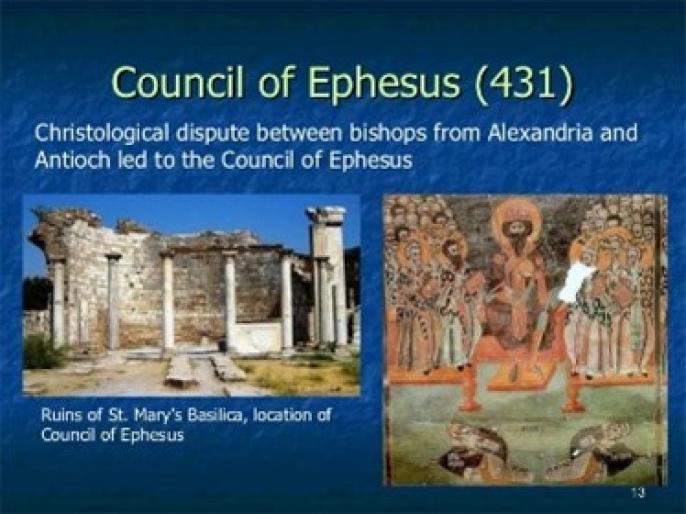