The biggest raid on Ireland by pirates from the Barbary Coast happened on June 20, 1631, in the village of Baltimore, Co. Cork. An unknown number of people, including many English settlers. were taken as slaves and it is reported that only 3 ever returned to Ireland.

Such raids were common at the time especially around the Mediterranean. Those who survived what is recalled in song and story as The Sack of Baltimore, moved to Kinsale so the village of Baltimore was deserted for some time before it began to recover.

as we remember people taken into slavery from Ireland, we also remember that St. Patrick was brought as a slave to Antrim.

The people of Israel were slaves in Egypt before God delivered them through the leadership of Moses.

We ask that those who are live in slave conditions today will find freedom and that fairness and justice may be available to all. 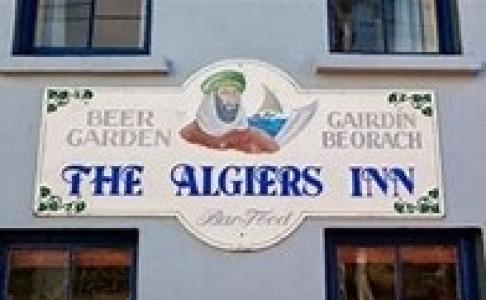 An inn in Baltimore