On June 17, 1631, Mumtaz Mahal, the wife of Mughal emperor Shan Jahan I, died during childbirth.

Her grief-stricken husband spent the next 20 years creating a tomb for her. The end result, a blend of Indian, Persian and Islamic styles, we know as the Taj Mahal. One of the wonders of the world, it was declared a UNESCO world heritage site in 1983.

UNESCO described it “as a masterpiece of architectural style in conception, treatment and execution and has unique aesthetic qualities in balance, symmetry and harmonious blending of various elements”.

from ancient times people have built elaborate tombs like the Pyramids of Egypt, Newgrange in Ireland and the Taj Mahal in India to honour and remember their dead.

We pray for all the members of our families, for relatives, friends and colleagues who have died.

Their tombs may be simple but they live on not only in the minds and hearts of those who love them but with you in glory. 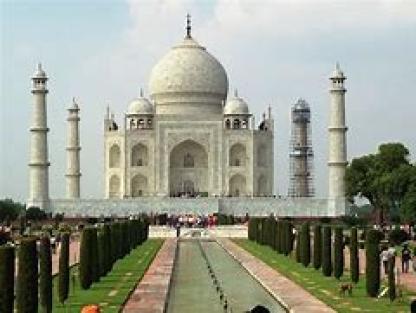