June 14, 1940, saw the first mass transportation of 728 Polish prisoners, including some Catholic priests and Jews, to a newly redesigned concentration camp at Auschwitz.  A group of 30 German criminals were already there.

In September of 1941 gas chambers were first used.

By the time the camp was liberated more than a million Jews had been killed along with 74000 Poles, 21000 Roma and 15000 Soviet prisoners of war.  In all 6 million Jews would die as part of what the Nazis called the final solution - the organised and systematic murder of European Jews.

the holocaust was one of the greatest tragedies and horrors of WWII. Jewish people call it Sho’ah– the catastrophe.

We remember all who died and all the survivors with the painful memories they carry.

There is evidence that there is a rise of antisemitism in our world as well as attempts to eliminate certain groups of people.

We pray especially for the Rohingya people of Myanmar and the Uighur people of China. 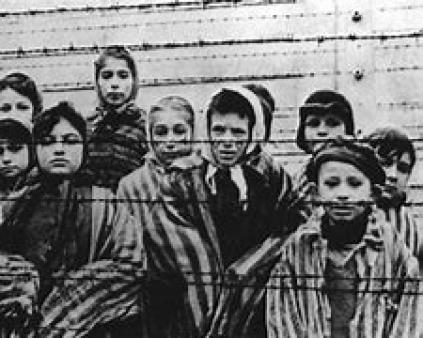