He is facing a further 15 years as the Kremlin redefines those opposed to the regime as terrorist groups and promoter of hate against the authorities. Having a viable opposition is increasingly impossible in Putin’s Russia.

we pray for those countries of the world where one ruler or party control the political landscape to the extent that opposition in any form is declared illegal.

Be with those who are seeking more democratic forms of government.

May free and fair election enable all people to have a voice in who their leaders will be. 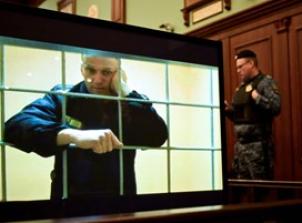