On July 6, 1947, the Soviet Union began production of the Kalashnikov assault rifle – the AK 47. These have long been the favoured weapon for many guerrilla and nationalist movements throughout the world.

The symbolic value of the AK-47 to such movements is demonstrated by its presence on the coat of arms of many countries as well as on the flag of Mozambique. It has been estimated that some 100 million AK -47s have been produced,

only you know how many people have died because of the AK 47 and other weapons like it.

As we witness death and destruction on a massive scale and at enormous cost in Ukraine and other areas of conflict in our world, we hope for the day when people will beat spears into ploughshares or as someone said of Kalashnikov – if only he had invented the AK 47 sowing machine instead. 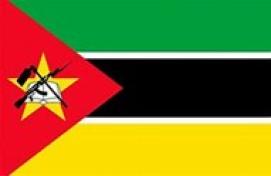 The Flag of Mozambique