The international date line has caused some interesting issues for Samoa. In 1892, July 4 occurred twice as Samoa opted to align itself for trade reasons with the USA, which celebrates Independence Day on July 4.

In 2011 Samoa voted for a change to align itself with its near neighbours New Zealand and Australia as well as Asian countries - again for trade reasons. The result this time was that there was no December 30 in that year as the day was skipped to facilitate the adjustment.

calendars help us to mark the passage of time.

We use them to celebrate special occasions like the start of a new year, birthdays and anniversaries as well feast days in the liturgical year.

We ask that you help us to be aware of the shortness of our days that we may live fully and well.

On this day we pray for the people of Samoa and our other neighbours in the pacific as these small nations face significant issues. 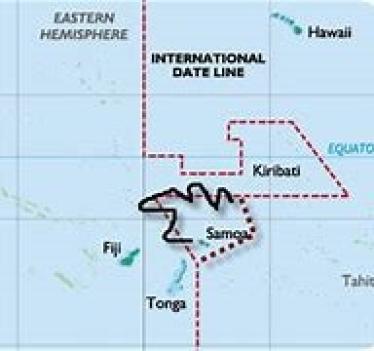