The first sitting of the New Zealand parliament after it moved its base from Auckland to Wellington took place on July 26, 1865. The decision to move the capital to Wellington was largely prompted by members from the South Island who found it difficult and time consuming to get to Auckland. Wellington’s central location was a therefore a major factor. That Wellington is prone to earthquakes did not work against it but in 1992 extensive work was done to earthquake proof parliament buildings.

we ask your blessing on Jacinda Ardern and the New Zealand government.

They have been confronted by a series of situations that have tested their resolve and will.

Guide them in the difficult decisions that they still have to make.

May they and all of the leaders of our world keep the common good in mind and cooperate with each other in facing what are global challenges. 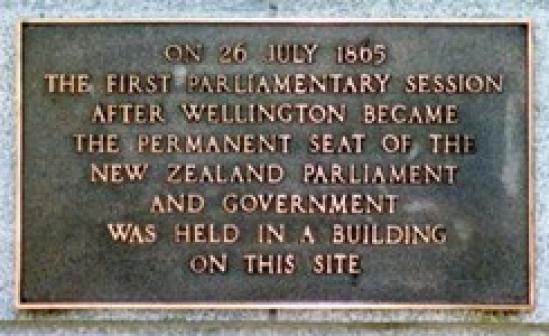