It was on December 1, 1955, that Rosa Parks was arrested for refusing to give up her seat on a bus to a white passenger. Local Alabama law at the time required her to do so if the bus was full. Rosa worked for the Voters League, having twice been denied the right to vote. She was the secretary of the National Association for the Advancement of Coloured People in Montgomery.

She was pivotal in the Montgomery Bus Boycott which started a few days after her arrest and lasted until December 21, 1956, when a Supreme Court ruling banning segregation on public transport came into effect.

we thank you for the life of Rosa Parks which reveals the influence one person can have.

We think of Mahsa Amini whose death in custody in Iran had become the focal point of protests in that country.

Be with those around the world who are protesting against various forms of injustice often at great risk to themselves but whose courage inspires others to take a stand. 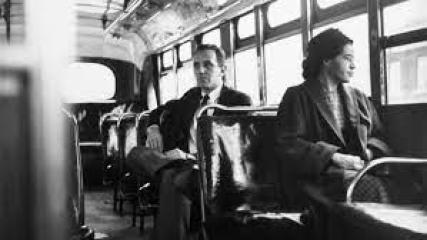