The foundation for the bell tower of the cathedral in Pisa was laid on August 9, 1173. It took almost two centuries for the tower to be completed. Build on soft ground it started to lean even during construction. By the 20th century the lean was 5.5 degrees from the perpendicular.

Extensive work was subsequently done to straighten the tower, and its lean was ultimately reduced to less than 4.0 degrees. Known to most as the Leaning Tower of Pisa, its lean has contributed greatly to its fame.

we ask that we might be able to see our flaws and failings as a gift that helps to shape us into unique individuals.

We pray that people may not be automatically punished for their mistakes but be allowed to learn from them.

May we be able to forgive others as you forgive our failings. 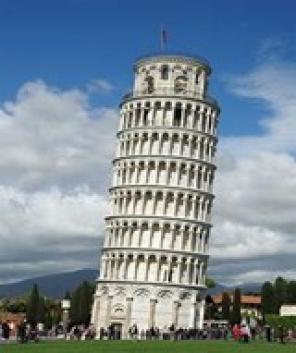