On August 5, 1962, observers discovered the first quasar (quasi-stellar radio source) known as 3C 273.  The object of their attraction was emitting a huge amount of energy, with a very unusual -- and never-before-seen – spectrum.

Until the development of radio astronomy in the 1940s, our knowledge of the universe outside our own solar system was pretty much restricted to objects that emitted light in or near the visible spectrum. Then, astronomers began discovering objects that emitted radio waves. They also found some points in the distant skies that emitted both visible light and radio frequencies,

we thank you for all that we continue to discover about the universe we inhabit.

May our knowledge evoke in us wonder and awe.

May it inspire us to care for the beautiful planet you have given to us as our home, and may we cherish all the life forms that it has produced. 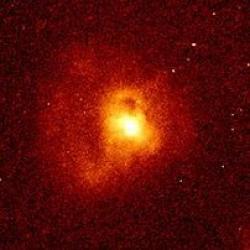