A storm surge caused by Hurricane Katrina flooded about 80% of the city of New Orleans and surroundings areas on August 29, 2005. It burst many of the levees that had been built to protect the city. Thousands gathered for shelter in the Superdome but it sustained significant roof damage and conditions for the people there became extremely difficult.

Katrina set many records at the time for damage but subsequent hurricanes have turned out to have been even more destructive.

as we remember this particular storm, we are conscious that the number and intensity of weather events around the world are increasing.

We ask that we may do all that we can to reduce the human contribution to climate change.

We ask that we have the fortitude to make tough decisions now while we still can influence future outcomes. 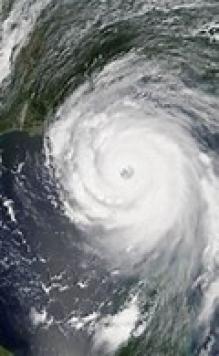