A march for jobs and freedom arrived in Washington DC on August 28, 1963. It was during this event that Dr. Martin Luther King gave his now famous “I have a dream” speech in which he called for an end to racism. He noted that African Americans were still not free and that they were “crippled by the manacles of segregation and the chains of discrimination.”

It is estimated that about 250000 people took part and the event was a major factor in the passing of the Civil Rights Act in 1964.

Oh God who created the world and everyone in it we give thanks for what was achieved via the Civil Rights movement in the USA.

We are very aware that much still needs to be done to end racism today.

We give thanks for the initiatives that have been taken in many countries and in all sectors of society to promote equality and justice for all. 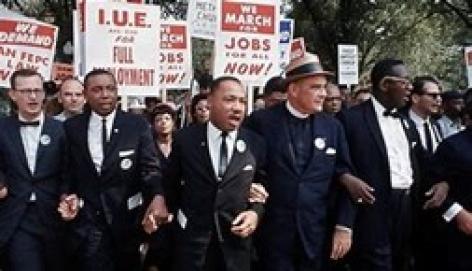