The Soviet Union with troops from the Warsaw pact invaded Czechoslovakia on August 20, 1968. The aim was to suppress what is known as the “Prague Spring”, a serious of reforms promoted by Alexander Dubcek when he became first Secretary of the Communist Party in Czechoslovakia. The reforms included a more decentralised economy as well as greater freedom of speech and travel.

The invasion was also sparked by the fear that other member countries of the Soviet Union might follow the inspiration of Czechoslovakia and initiate their own reforms. Other countries invaded by the Soviet Union in its history include Afghanistan, Poland, Hungary, Iran, Finland and Japan.

as we pray for the people of the former Czechoslovakia, we also ask you to bless all nations who have been invaded, especially the people of Ukraine, the most recent victim of Russian aggression.

We pray that the sovereignty and independence of countries will be recognised and respected. 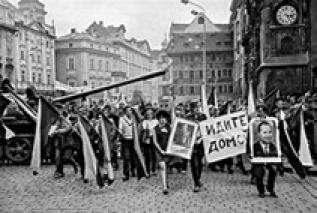