In August 2013 the U.S. government formally acknowledged the U.S. role in the coup by releasing a bulk of previously classified government documents that show it oversaw both the planning and the execution of the coup, The Shah continued his rule as monarch for the next 26 year until he was overthrown in the Iranian Revolution in 1979.

we ask forgiveness for past actions that continue to have an impact many years later.

We pray that nations be aware of the long-term consequence of decisions made and actions taken and how difficult it can be to get past the damage that these decisions can have on international relations. 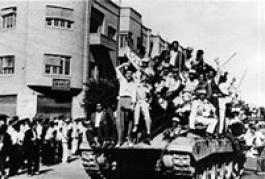