In a raid on “drug personalities” north of Manila on August 16, 2017, 32 people were killed by the police. In all thousands of people have been killed as part of President Duterte’s war on drugs. This included children, who were described as “collateral damage”. Various groups in the Philippines have complained about extrajudicial killings and crimes against humanity in this war on drugs but it did not change either the President’s rhetoric or his actions.

President Duterte’s term ended earlier this year when the son of the former President Ferdinand Marcos was elected to replace him.

we ask that the extreme measures used in the Philippines to deal with the serious damage that drugs cause to people will not be the norm.

We ask that we might find creative and effective ways to close down the operations of those who supply drugs and also ways to reduce the demand for them.

We ask your help for those caught in drug addiction and especially for those who are trying to break free. 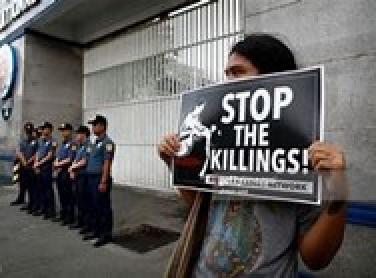