It is believed that Al Queda, the jihadist movement, was formed on August 11, 1988, at a meeting that included Osama Bin Laden and Ayman al-Zawahiri in Pakistan. The group is known to be behind the 9/11 attack on the twin towers in New York. It is also responsible for attacks on Shias and Sufi Muslims who are seen as heretical.

In more recent times t has been challenged for leadership of the jihadist movement by ISIS. It is also believed to have fragmented into regional movements.

we ask you to deliver us from all terror attacks.

Help us to address the issues that give rise to the emergence of groups like Al-Queda.

We pray for all who work in the area of interreligious dialogue and ask that understanding and cooperation might replace hostility and conflict in relations between the world’s religions. 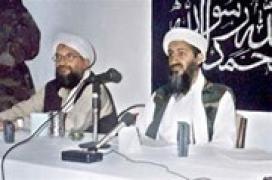