On August 10, 2017, President Trump declares that opioid addiction in the USA was a national emergency. The number of deaths from the drugs - prescribed to a third of Americans in 2015 - has quadrupled in 20 years. Opioids, according to the US national Institute of Drug Abuse include illegal drug like heroin, synthetic medications such as fentanyl, or pain relievers that are available by prescription, such as oxycodone, morphine, codeine, and many others.

Many of the victims of drug addiction were initially prescribed legal drugs by doctors to combat pain, but then later switched to the illegal version after their prescription expired.

we ask your blessing on all in our world who are trapped in addictions of various kinds.

We pray especially for those who got hooked on medication that was initially designed to ease their pain but wound up causing even more problems.

We pray also for the families of those addicted who suffer with their loved ones. 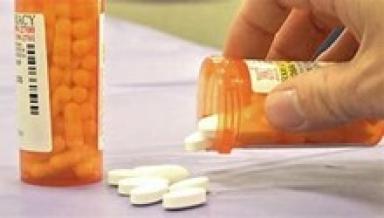