Old Photographs: A Treasury of Memories and Stories - By Fr Pat O'Shea 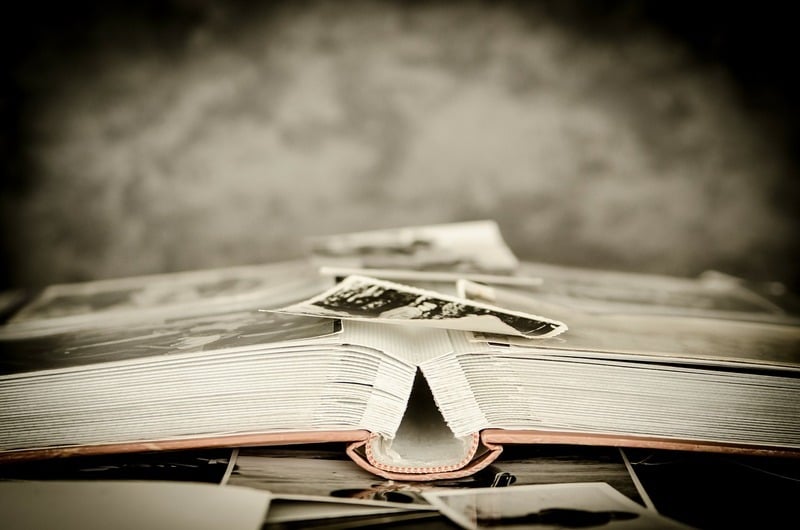 On January 11 among the Columban anniversaries was the name of James Doherty. He was ordained in 1967, the same year that I entered Dalgan.  For some reason I could not put a face to the name, so I dug out the Irish Far East to look for the photos of the ordination class of 1967. Most of the other names and faces I recognised because of ongoing contact with them over many years. That contact did not happen with James Doherty as he died during surgery within a year of his ordination.

I noted among the names and faces ordained that year that of Des Hartford.  Together with Bishop Benny Tudtud, Rufus Halley (1969) and others he was a pioneer of a new ministry in the Prelature of Marawi in the Philippines which was focused on dialogue with Muslims.   This was at a time when there was great tension between Muslims and Christians that erupted into outright war in the early 70’s. Their fascinating stories have been told in Jean Harrington’s book “Murder in the Missions”.

Having found the photos of the ordination class of 1967 I was drawn into looking through some of the other editions of the Far East that were published in my early years in Dalgan. A cascade of memories was triggered by the names and faces that appeared. Here is just a small sample from 1969.

In January there was an article on Fr Paddy O’Connor (missionary priest and war correspondent) as well as a photo of him with the caption “with a friend in Hollywood”.  I am pretty sure the friend is Bing Crosby. It was a reminder of the days when the Columbans had some well-known figures helping them with their work of promoting the Society in the USA. There was also an article on a leper colony in Korea that included Fr Sean Brazil in one of the photos. Sean was one of the Columbans who died in 2021.

In February there was an article on The Aytas people of the Philippines written by Jude McGeogh.  Jude was ordained in 1966 and he pick me up in Naas and brought me to Dalgan in September of 1967. I still don’t know how he discovered I was joining the Columbans, but it was great to have him introduce me to Dalgan and to the other students.

In April there is an article entitled “Dalgan: Changing with a Changing World and Church”.  It includes a photo of Michael Sinnott, then rector of Dalgan, presenting the house cup to Tommy O’Hanlon (1969). Michael, at the age of 79 was taken hostage by a Muslim group in Mindanao in 2009 before being released while Tommy started his missionary life in the Philippines but transferred to the new Columban Mission Unit in Pakistan. That group also included Pat McCaffrey who was also a member of the class of 1967. Sadly, Pat and Tommy died within a few weeks of each other in 2010 in Pakistan. 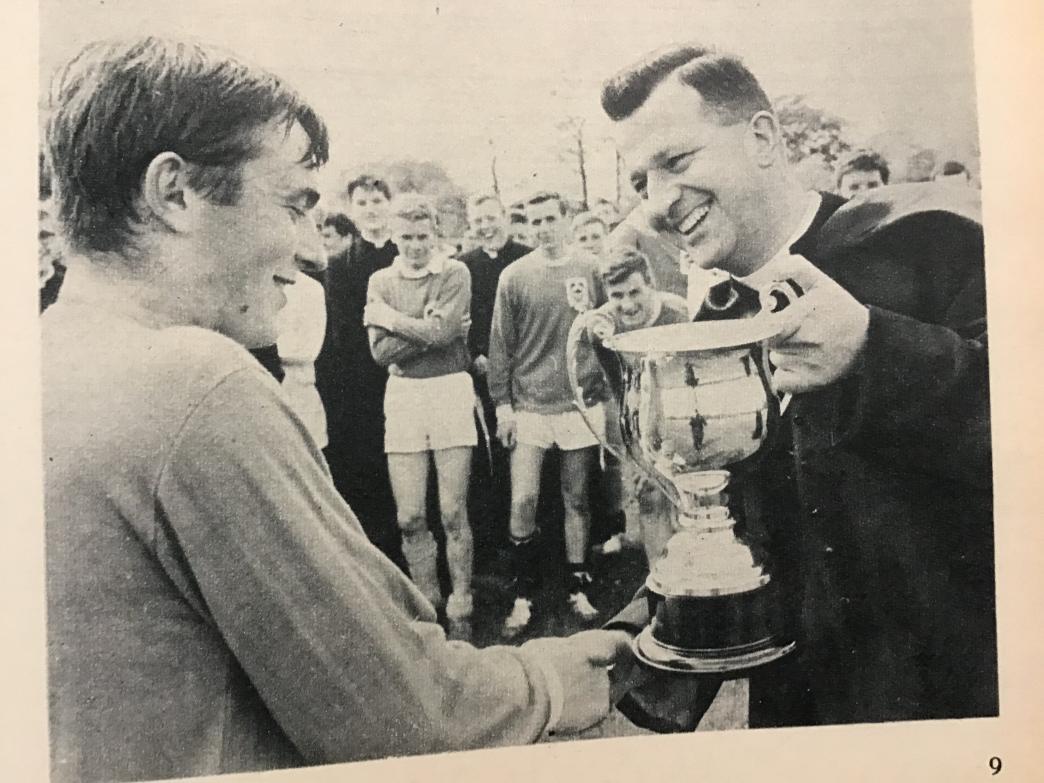 Michael Sinnott, then rector of Dalgan, presenting the house cup to Tommy O’Hanlon

On that same page there was a photo of the sports day in Dalgan. Jim Conachie is prominent in the photo. Jim was not your usual Dalgan student.  He was from Scotland and ex-military (Gurkha Regiment). He seemed to have an endless supply of stories about his life in the army. He enjoyed knitting while he watched TV and I recall that no one gave him a hard time about it.

There was an article in the April edition by Niall O Brien who is remembered as one of the Negros Nine. They were falsely charged with murder in 1983 and jailed for 14 months before the charges were dropped. Niall was also at the forefront of working peacefully for justice in the Philippines at a time of great violence. Mention of the Negros Nine also brings up memories of a young reporter for RTE, Charlie Bird, who covered this story nightly for the Irish broadcaster and whose voice I heard again during the pandemic talking about the impact of being locked down.

In June there is a photo of Martin Dempsey in an article on Filipino Fashion as well as an article by him about a medical mission team he worked with. Martin was killed in Mindanao by 2 Muslims students in 1970.

Martin is one of 24 Columbans Martyrs remembered in a commemorative booklet published in 2020. Two died at the hands of bandits in China - Tim Leonard in 1929 and Cornelius Tierney in 1931.  Francis Vernon Douglas from New Zealand died in 1943 while a prisoner of the Japanese in the Philippines. Five more Columbans died in Manila in 1945 - Peter Fallon, Joseph Monaghan, Patrick Kelly and John Henaghan in unknown circumstances after they were taken prisoner by the Japanese while Dominic Lawlor was killed by shell fire). Tom Murphy from Naas was killed in Burma in 1945. Seven Columbans died in 1950 during the Korean War (Anthony Collier, Patrick McGinn, Patrick Reilly, Patrick Brennan, Tom Cusack, John O’Brien, and Frank Canavan).  Sr Joan Sawyers was killed during a prison break in Peru in 1983. James Donaghue was beaten to death in Japan in 1985 while Vincent Power was attacked and killed in his church in Falmouth, Jamaica in 1994. The final entry recalls the murder of Rufus Halley in Mindanao in 2001 and highlights the grief felt by both the Christian community and many members of the Muslim Community who knew and loved him.

Which takes us back almost to where we started with James Doherty, Des Hartford and the class of 1967.  I see that Reg Howard has an article in the Jan/Feb 2022 edition of the Oceania Far East which was also triggered by an old photograph. They say that a picture is worth a thousand words, but they can also hold and trigger thousands of connected stories. Do enjoy yours.