Lunch with the Irish Ambassador

Lunch with the Irish Ambassador

Last Friday (October 1), we were honoured to have the Irish ambassador join us for lunch. Mr Peter Ryan is the first Irish ambassador to set up residence and an office in Aotearoa-New Zealand. He knows Columbans well since he came to know Columbans in South Korea and Hong Kong during his assignments to those countries. So we enjoyed the craic as Peter recalled his encounters with Columbans around the world. Ireland is fortunate to have such a convivial and knowledgeable representative in Aotearoa-New Zealand. 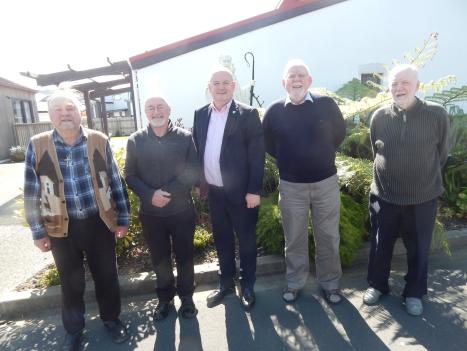