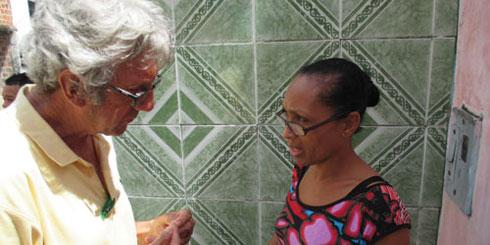 In 1984 it was decided that the dioceses of Barreiras and Salvador in Brazil had urgent needs. The following year in 1985, eleven Columban missionary priests arrived in the state of Bahia to work among the poor in those dioceses, beginning a new mission in Latin America.

In undertaking missions in Brazil at the time, Columbans were responding to a call to help the Church’s "most Catholic country" on earth – 120 million or more Catholics than Mexico and Italy combined. Brazil was also the most priest-short Church. The assigning of eleven Columbans, though a brave effort, hardly dented the figure of priests per thousand Catholics. But it was not without effect in the two dioceses that welcomed them. Parishes became better staffed, Mass and the sacraments more easily available. Much was hoped from the development of basic Christian communities, an increase in Christian Commitment to God and neighbour at all local levels, and even a "more lively" Church. Many of Brazil's parishioners were African-Brazilians, descended from victims of the slave trade and little better off than their 15th century forebears. The church was not only the People of God, but also the "People of God’s Poor," (The Far East, November 1987).

In the coastal city of Salvador, Columban Missionaries were entrusted with two new parishes in the densely populated shantytowns on the outskirts of the city. Within a few years, Columbans took responsibility for neglected areas within other existing parishes. The people, mostly African-Brazilians, lived in extreme poverty. Although most are baptised, they knew very little about their faith and many did not know the story of Jesus of Nazareth.

As these communities grew, modest community centres were built where the people could come together for worship, catechetical instruction, Bible study and social activities that help improve their lives. Classes on health care and education on ways and skills to improve their own lives were also provided. In more recent years, the Columban mission in Brazil was dramatically scaled back and currently one Columban missionary priest, Fr Colin McLean SSC, works in Special Ministry in Brazil. Fr Colin McLean has lived and worked as a missionary in Brazil with African-Brazilians for over 30 years. During his time, he has traced the almost five centuries history of the Atlantic slave trade. Brazil received about 40% of African slaves that came across the Atlantic up until 1888 when Brazil abolished slavery. 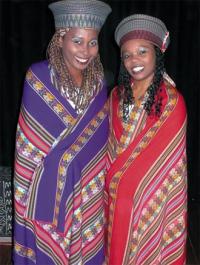 There is a vibrant African-Brazilian cultural scene in Salvador. Dance and song come naturally to this exuberant people, providing a counter-weight to gangland violence. Fr Colin McLean encourages presentations of Capoeira among the young folk. Capoeira is a frenetic cross between dance and martial arts (reputedly perfected amongst slaves as a form of defence against cruel masters).

He has also set up a theatre group which specialises in stories of slavery and liberation. The group has performed widely in Brazil and abroad. Fr Colin and other like-minded Catholics have reached out to members of the Candomblè community. Candomblé is a fusion of Christianity and African religions. Long frowned upon by the Church authorities.

Pope Francis and the Amazon destruction

"The Church is not in the Amazon like someone with their bags packed ready to leave after exploiting it. She has been there since the beginning with missionaries, religious congregations, priests, laity and bishops, and her presence is decisive for the region".

"The Church in Latin America is very, very concerned with the destruction of the Amazon", said Irish Columban Fr Peter Hughes in an interview on Vatican Radio (listen) in March of 2015. Fr Hughes is the Executive Secretary of the Department of Justice and Solidarity of the Latin American Bishops' Conference (CELAM) which is based in Bogotá, Colombia and he has worked in Peru as a missionary since 1966.