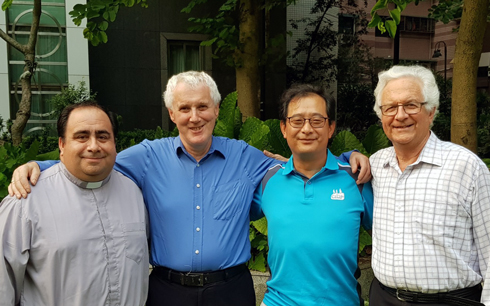 Bio of the General Council members: 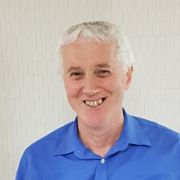 A former primary school teacher, Fr Tim Mulroy has been Regional Director in the US between 2012-2018. He succeeded Fr Arturo Aguilar, who became Columban Vicar General in 2012.

He became a Columban seminarian in 1987 and was ordained at Our Lady Help of Christians Church, Swinford in 1995.

The 54-year-old worked in parish ministry in Japan from 1995 until 2002, when he went to the US as Director of Formation at the Columban International Seminary in Chicago, a role he held for nine years.

Afterwards, he served in parish ministry at St Pius X Parish in El Paso, Texas before he was elected Regional Superior in November 2012, a role he continued in until 2018. 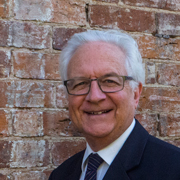 Brian Gerald Vale, the second son of Jim and Mary Vale (both deceased), was born in New Plymouth, New Zealand where he was taught by Sisters of the Missions and De La Salle Brothers.

His grandfather was born in Tralee, Co Kerry and his mother Mary was a Bourke with relatives also in Kerry.

He has an older brother (deceased) and a younger sister in NZ.

The De La Salle Brother’s secondary school Brian attended was Francis Douglas Memorial College, named after a local curate who later joined the Columbans and was captured, tortured and martyred by the Japanese in the Philippines during World War Two.

Brian’s father was coached in sports by Fr Francis Vernon Douglas and Brian grew up playing cricket on their back lawn using a cricket bat given to a young Jim Vale by Fr Douglas.

After two years of language study, he worked in parish work, in 1981 was appointed Justice and Peace Coordinator for Japan region did an MA in Cross-Cultural Studies at Sophia University, Tokyo.

He was then Overseas Training Program Coordinator for Columbans students in Japan, did training in Spiritual Direction in Chicago in 1985-6 before being appointed to St Columban’s College, Sydney on the staff as Spiritual Director from 1986-1991.

In 1992, he returned to Japan and was chaplain/collaborator for Tokyo YCW and lived in a Worker’s House until he was appointed Regional Director of Japan from 1994 until 2000.

He enjoyed working with a young fresh-faced Fr Tim Mulroy when he was appointed to Japan. He did some retreat work in Japan later New Zealand.

After a sabbatical in 2000, he returned to parish work in Japan until 2003 when he was appointed Superior of New Zealand Columbans at Lower Hutt 2003-2009.

In 2009, he took up an appointment at Columban Mission Institute, Sydney.

He kept up some spiritual direction and helped run an acculturation course for overseas priests and nuns coming to work in Australia.

In November 2017, he was appointed Regional Director for ANZ region and moved to Melbourne.

Fr Joseph Kang, Vice-Director in Korea, has been elected the second councillor. He studied theology in Maynooth and spent six years in Peru. 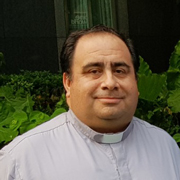 Chilean Fr Alvaro Patricio Martinez Ibañez is the youngest son in a family of ten children. Fr Alvaro joined the columbans in 1994. Between 1995-1996 he studied philosophy at the Major Seminary in Santiago (Chile).

Then in 1997, he spent a number of months in Ireland studying English before he went to Fiji in 1998 to do his FMA.

Between 1999-2002, he studied Theology at CTU (Chicago) and was ordained a deacon in November 2002. He returned to Chile in 2003 where he was ordained to the priesthood in May of that year.

Between 2004-2011, Fr Alvaro acted as co-ordinator for vocations and headed up the formation house in Chile. In May 2011, he was appointed as regional director for Chile and he continued in this role until 2017.